The founders of Fei/Tribe and Rari Capital seek to merge the two protocols. The proposed merger is facially unfair to RGT holders because it values RGT at 25+% less than its pre-announcement market price. Moreover, the deal guts the value of the TRIBE tokens that RGT holders will receive in the deal by offering pre-deal TRIBE holders the chance to sell their tokens back to the protocol at a 20% premium to market.

The merger process has also been facially unfair to RGT holders because:

RGT has since fallen an additional 25% as the market has digested the deal.

We would like help fighting for a fairer deal and governance process.

We believe you could support us effectively given how similar the issues are in this deal to standard corporate takeover law issues – e.g., conflict transactions and minority rights.

Please let us know if you are open to supporting us and digging deeper.

Here is a link to the RGT Discord: http://discord.gg/HzUMPuT

Here are some screenshots from the Discord: 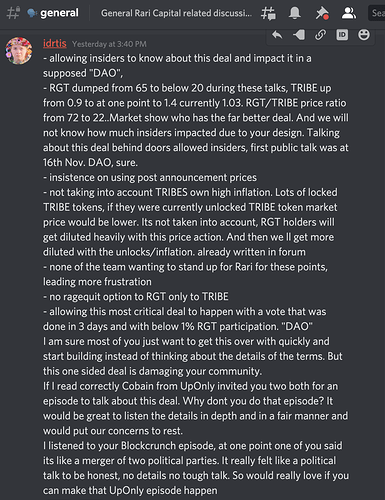 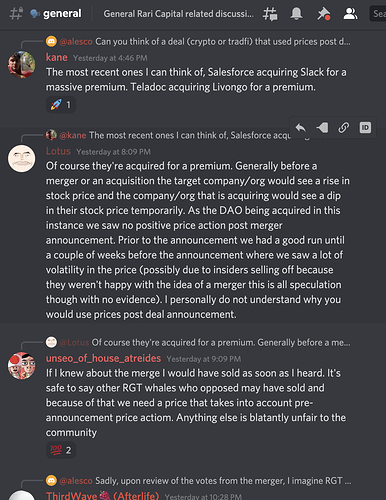 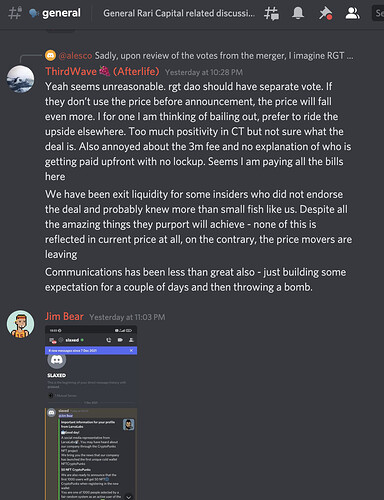 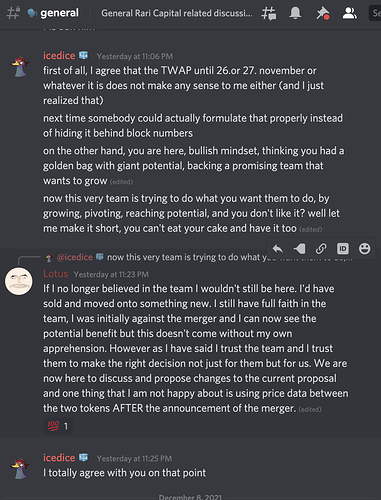 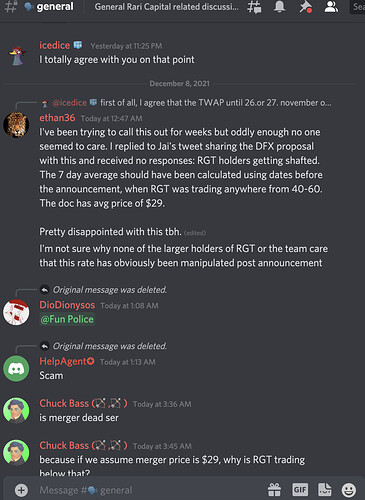 @canary , very interesting and we do have some hybrid crypto/M&A lawyers in the LeXpunK community

I was under the impression that the merger proposal had been abandoned; what is the latest status?

That’s incorrect. The deal is alive and well because the target’s token price has fallen so much that the deal now looks potentially appealing.

It is unlikely the target (RGT) token holders will be able to get much because they simply don’t have much bargaining power since the team has not bargained on their behalf.

Behind the scenes, most people expect the VCs to use the deal to exit their TRIBE by cashing out through a sale back to the treasury at a premium pre-merger. This is a higher price than RGT token holders will receive since they only get their TRIBE in the merger.